James Reynolds Frankland Rose was born on and Baptised at St. Stephens Church on . I believe he was the son of James Rose and Mary Kean who had married on with John Oliver and Rebecca Frankland as witnesses.
On Christmas day 25th December 1825 at St. James Parish Church James married Ann Cooze, their son, James Maby Watts was born in 1827 and baptised on 22nd April 1827 in the same church, James stating that his profession was an accountant although he was made a Bristol Burgess on 26th July 1830, his occupation that of druggist, his patron was John Wine and he achieved Burgess status by having served at least seven years apprenticeship to a freeman. (I'm not so sure about this last bit of information as in the Bristol Mercury on Saturday 7th June 1834 it states  "The Relief of Insolvent Debtors to be heard on 30th June one James Reynolds Frankland Rose late of Hillgrove St in and near the City of Bristol, accountant; his wife at the same time carring on business as a laundress.") In the 1841 census Young James age 14, a Jewellers apprentice was with Ann age 51 were living at Hillgrove St. I have not found JRF in this census.
Their son James Maby Watts Rose, a jeweller/watchmaker, and Elizabeth Porter were married, after banns, on the 4th of September 1848 in the Parish Church, Walcot, near Bath in the presence of George Allwright and Deborah Butt (who made her mark). At the time James and Elizabeth were both in residence at 14 Somerset Buildings. had been born in Bedminster in 1825, the daughter of Thomas Porter (Huntsman).
In 1850 the first son, James Burgess Rose was born at 20 North Street, St. Paul, Bristol, they were still living there on 31 March when the 1851 census was taken. Elizabeth Ann Rose was born in 1852 followed by Frankland Thomas Rose on born at , . Emily Susannah Rose was born in 1856. In the 1861 census taken on 7 April the family is living at , St. James, next door to a Draper and a Bookseller. Alfred Edwin Rose was born in 1862.
Then at the end of 1866 was the following:

By the 2nd of April 1871 they had moved to 6 Bond Street, where James Maby Watts states he is a 44 year old Jeweller, living with wife Elizabeth and their children, James Burgess who was a Bootmakers Assistant, Elizabeth Ann was unemployed, Frankland Thomas a Clicker (a foreman shoemaker), Emily Susannah a Pupil Teacher and Alfred Edwin a Scholar. On at the age of twenty-two Frankland Thomas married Clara Poole age eighteen in the Parish Church of St. Clement in in the presence of Siloanus Hector and Mary Agnes Hole. It was a large church on the corner of and . The foundation stone was laid on May 24th 1854, the church opened in 1855, it was destroyed by German bombs in the second world war. At the time of the marriage Frank was living in , just around the corner from the church and Clara was living in . Clara’s father was recorded as a shipsmaster.
The 1881 census was taken on the night of 3rd April James Maby Watts Rose, now age 52 and stating his occupation as jeweller, was visiting Hotel, Paddington, , the hotelkeepers were Michael and Maria Van Diepenhiem from the . Elizabeth A. Rose age 56 was at 2 , , St James In, and states she is the ‘Wife Of Watchmaker’, born in Bedminster. Frankland and Clara Rose with four year old Frankland George and five month old Emily Clara were living at in . There was a Joseph W. Rose age 41 born 1840 in Bath, a Jeweller & Goldsmith living at Daisy Lawn, Lyncombe & Widcombe, Somerset, with wife Sarah, daughter Clara, son Joseph and servant Julia Snell who in 1923 lived next door to the Butlers when they were living at Bloomfield Road, Bath. Also in the 1881 census was a George Dickinson, Jeweller, living at Fair View House, Wells Road, Lyncombe & Widcombe with his wife Martha, son’s William George and Walter A, daughters Louisa M. and Ethel Kate and domestic servant Emily Chivers. Not far away at 7 Avon Cottages were Thomas Dickinson age 55, his wife Sophia and children William, George, Angelina, Margaret and Charles. I believe that one of the jewellers became a partner of one of the Rose jewellers, as yet to be established as to who. In the directory of 1889 there is a Rose & Dickinson, watchmaker & jeweller at . This would be George Dickinson but was the Rose James or Joseph?
Frank and Clara Rose produced nine children. Frankland George, the eldest born late 1876 in Montpelier, Clifton, Bristol, followed by Emily Clara Elizabeth born on October 28th 1880 at 31 Horfield Road, St. Michael, (sub-district of St. Augustine) Bristol, her father’s occupation at the time registered as Clicker.
By 1891 James Maby Watts Rose was living at 25 Upper , St. James Bristol. He was still a watchmaker and jeweller and had a lodger called Ellen Mary James, a tailoress, single, age 33. Also listed are, he states, his ‘daughters’ Ellen Mary age 9 and Rosina Alice age 6. Both girls had been registered at birth with a surname of James, Rosina had been born on at name of father not noted. No sign of JMW’s wife Elizabeth. Over in the district of St. Paul living at 20 North Street, where James and Frankland Rose had been born in the early 1850s, were a Thomas H. Porter age 29, drafter, his wife Elizabeth age 27 (who said she was born in Lower Norwood, Surrey) and 2 year old son Reginald born in Bath. Next door were Rowland and Emily Hill. No relation of Rowland Hill who had invented the penny post. Just down the road were the ‘Full Moon’ and the ‘Osborne’. Rose & Dickinson were still at in .
James Maby Watts Rose was admitted to Bristol City Workhouse, Stapleton on 6th September and discharged 18 days later by , he died on 20th November at the Workhouse. The Frankland Rose family increased by another seven children - Amy Gwendoline (Ling or Lingie) born 1884, Kate Annie born December 1885, George Robert Gerald born March 1889, christened on the 7 th April at the church of St. Mary Redcliffe, Leslie Arthur born December 1890 christened on the 23rd April, Cecil James born December 1892 christened 25th May 1893, Daisy Winifred born June 1897, Herbert Horace (Bertie) born June 1900 and they had moved to Burnham-on-Sea, Somerset. As Clara did not have good health Emily (who was called Dine by her family), the eldest girl, found herself looking after the younger children. She was top of the class in most things, excellent at writing, spelling, arithmetic and sewing and left school at the end of Elementary education aged thirteen. In the 1901 census the family were living at 12 Balmain Street, Knowle, Bristol. Emily was 20 and a Drapers Assistant. She would not go into domestic service (which was what was expected) because she said she had been doing that all her life. So she insisted on making a career in the retail trade (shoe shops) and showed herself capable of being manageress. Her father, Frankland, was now a boot warehouseman and that was probably how she met Henry Seymour Butler who she married in 1903.
Posted by Angie at 1:36 AM No comments: 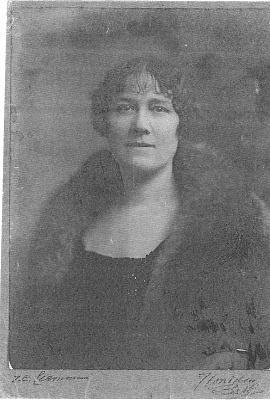